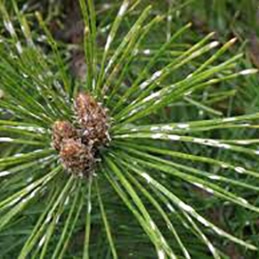 Scale winters as females and eggs under a white armored coating 2-3mm in size. The reddish brown eggs are visible if you smear the white coverings or when in crawler stage during the months of June and August. The crawlers feed on the needles of host trees, damaging the tree by removing fluid from the needle reducing the photosynthesis capacity of the tree. Damaged foliage will turn yellow and severe infestations will produce a white washed appearance of the tree. After settling down, they secrete the characteristic waxy covering over their bodies. Males emerge, mate with the females, and then die. A second generation of eggs is laid in mid-July; these scales mature in September.

Without proper management, Scale populations can cause serious damage to the host tree. Long term damage can lead to death of the tree. Control of scale can be achieved using Transtect applied through a bark spray method. Spraying the bark allows less product to be used. Application period begins in the Spring and can be applied at any point in the growing season. Treatment is effective within 7 days.

Get In Touch With the Experts